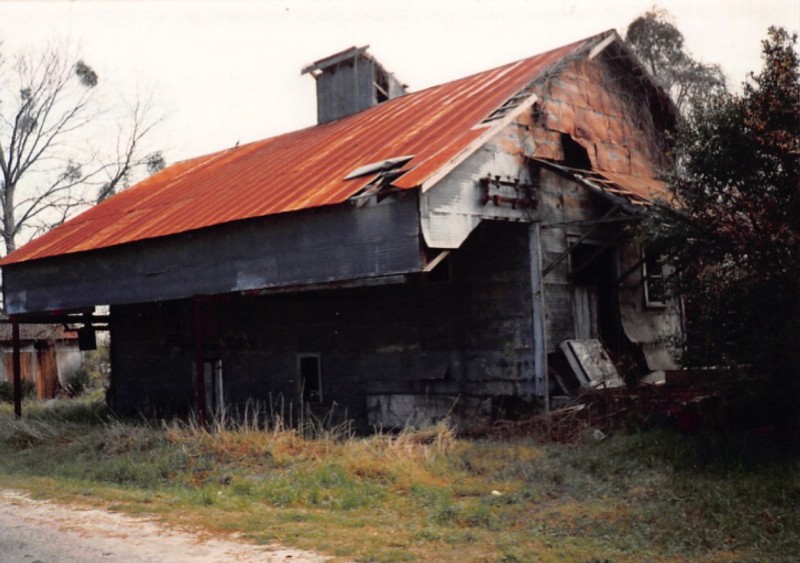 My mom is visiting us this week and we were talking about machine learning and artificial intelligence — what it can do, what it probably can’t do, and implications. Because, you know, it’s 2016 and that’s what we talk about when we’re not talking about Donald Trump.

(For whatever it’s worth, I’m kind of burying the lede on this one — long windup to get my way to conclusions. Sorry!)

Anyway, I made an offhand comment to her that we’re in the very early days of this evolution — I wasn’t really talking about AI per se, but more just about how software is running more and more of our world, and that’s a phenomenon that’s likely to accelerate, and for a long time — and that as a consequence, there’s going to be an increasing supply & demand imbalance in software talent. We just don’t have enough talent to write all the systems that need to get written, and for the moment, that means that we’re getting profound concentrations of talent — especially in AI — at companies like Google, Facebook, Apple and others. I don’t really think that concentration of talent is a permanent state of affairs (and, in fact, my job is an explicit bet to the contrary), but it sure is true right now.

As we were talking about all this, something else I’ve been mulling over for awhile finally clicked in my head, and that’s the story of the picture at the top of this post — that’s a picture my dad took in Quitman, Georgia, where he grew up, of his grandfather Pappy’s cotton gin.

Here’s what my dad wrote recently about his recollections of the gin and his adventures in the 1950s:

Even cooler than the Texaco business, though, was the cotton gin. It was in a poor part of town, between the tobacco barns and the railroad. The cotton mill was in that part of town, too, but it had been closed for years by the time I was terrorizing Quitman.

Pappy let me spend a lot of time in the gin, and it was a source of endless fascination, maybe in part because of the danger. Farmers would bring their cotton to the gin in open wagons, pulled by trucks, horses or mules, or even tractors. During the peak of the ginning season (late summer, I think), wagons would be lined up way down the street waiting to get into the gin.

The gin could only take cotton from one wagon at a time, and I guess this was necessary because each farmer was paid by the weight of cotton ginned, and this must have been the way they knew who had which cotton. A gin worker stood in the wagon of cotton with a large (maybe 18” diameter) suction pipe and sucked up all of the cotton in each wagon. He’d move the pipe back and forth over the cotton in the wagon and also move it up and down. The cotton would go from there into the gin, to have the seeds removed then the other trash (hulls, stems, etc.) blown out, I think. The cotton fibers then were combed and cleaned over and over on giant rollers with combs over them, then sent to a giant press where they were made into bales which were probably 6 feet tall and maybe 4×4 at the base. They were stood on end because that’s how the press was oriented. The cotton would be blown into the press, which was a cage of strong vertical boards, and when it was filled, a pneumatic ram would compress the cotton, then rise back up. Then more cotton would be added until no more could be; it was compressed to its limit. There was a jute fabric wrapper, which was then somehow put around the bale, and metal straps were put around this and tightened. Then the pressure was released and the bale was pulled out onto the dock to be weighed and moved to the warehouse.

He wrote more about it — but in these few paragraphs you can see how much Dad learned about how things work from Pappy and the gin (and other unrelated engineering explorations).

You can see, too, what an amazing system the cotton gin itself was, and how it changed the way people worked. The modern cotton gin was invented by Eli Whitney in 1793 (when George Washington was president!) more than 150 years before my dad got to explore Pappy’s.

When the cotton gin was invented, many people thought that it would reduce our new nation’s dependence on slavery by removing the painstaking work of separating the usable cotton from seeds, hulls, stems, etc.

But ironically, it resulted in the growth of slavery.

I don’t know enough history to know whether this was a core issue that led to our Civil War or just a contributing factor. Probably somewhere in between. But it took us more than 100 years to really process all the implications of just this one technology advance (and I think really you’d argue that we haven’t fully come to terms with them even today.)

So you see where I’m going with this.

Fast forward to our own era, and we’re working our way through software automation instead of cotton processing automation. And it seems obvious to me that as we’re making systems and processes easier and easier to automate, we’re also generating massive new previously latent demand for software driven systems.

I’m not arguing at all that this will result in anything like the growth of slavery in the first half of the 19th century — more that we’re in a time of profound change. And that worries over whether robots will take all our jobs I think will prove to be ultimately misplaced. I think that if you look not just at the cotton gin, but most technology automation advances what you’ll find is that the demand for labor nearly always increases.

So for my part, I’m not particularly worried that we’ll find ourselves in a world where there’s nothing to do.

But the jobs will surely change, and we’ll need to learn how to do different types of things in our schools. And our society will change. There will be winners & losers. There will be painful dislocations. There will be (more) clashes between technology & policy. It’ll take time for us to come to grips with these changes, and many people simply won’t ever adjust. The changes we’re going through are that fundamental and dislocating. There’ll be tone deaf Silicon Valley titans — same as ever. There’ll be tone deaf leaders in Sacramento and Washington and our governments — same as ever.

And those are the narratives that are prevalent now: thoughtless Ayn Randian libertarians in Silicon Valley versus inept and hopeless government.

But here’s the really good news: the narratives are interesting and handy, but I don’t think particularly representative of where we are and where we’re heading. Our industries and our government are not as homogeneous as the stories.

It’s happening at the federal level with the work of Megan Smith, our country’s CTO, and DJ Patil, Ed Felton and Alex Macgillivray, US Deputy CTOs, built on the excellent work of Todd Park and many others.

And also at the state and local level, pioneered by many, but notably by Jennifer Pahlka and others at Code for America.

Ultimately, like other transitions of magnitude, this is going to take us generations to really & truly sort out. But I’m encouraged by the fact that more people than ever are talking about what’s happening, and governing in new ways.

One of the things that I learned at Mozilla from Mitchell & Brendan & Chris & so many others is that we could make the world that we wanted. That meant first doing the hard thinking about what it was that we actually wanted. And then being intentional, debating and disagreeing but also building.

Anyhow, that’s my net: now is the time we are all experimenting with what software and technology and automation can do — and that means that now is also the time that we should start figuring out what we want the world to look like. But it’s all an election that’s less coherent, and harder to get a handle on than red states & blue states and electoral college math.

This election is taking place every single day in software, in laws, in our government, in how we live and how we consume and the choices we make. There’s no single Election Day, no single tally. It’s ongoing and constant, values embedded in the systems we build.

Make sure you vote.